You are using an out of date browser. It may not display this or other websites correctly.
You should upgrade or use an alternative browser.

Status
Not open for further replies. 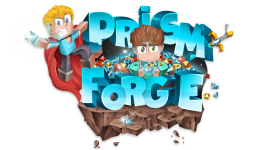 
Punishments are subject to change based upon owner's discretion, without proper update (we will try to keep rules properly updated) we do this, so players don't make the assumption "oh it's a small punishment, I can do it and get away with it".

Status
Not open for further replies.

PrismForge is soley owned by Ivary. However, that doesnt stop PrismForge from being one of the best built, and most enjoyable gamemode out there. From weekly events, to PayPal rewards, to custom built Original Gamemodes, there is nothing the server doesnt have.

PrismForge is in no way affiliated with Mojang or Minecraft.